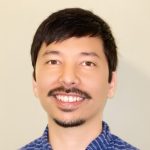 Ben, born and raised in Ottawa, is a creative, energetic, and personable guy. After graduating with a Bachelor’s Degree in Economics, his journey led him to a Northern Cree community where he lived and worked for seven years. There, he found a connection to the land through the ministry of the people around him. He is passionate about supporting Indigenous-led initiatives that seek to bring healing to the land through Jesus Christ and is excited about the vision and mission of Rising Above. 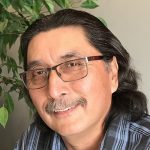 Daren George was born and raised in Telkwa BC, where he lives today. Daren grew up seeing the love of Jesus in his grandparents and he admits he knew Christ in his head, but not his heart. After years of searching and bondage God spared his life and he dramatically changed, committing his life to serving the Lord. Daren is a well-respected leader. Prior to his conversion his leadership skills led him into Indigenous politics. Currently he sits on the board of directors for several ministries and is in leadership at his home church, Kyah Bible Fellowship. In 2010 he answered God’s call by terminating his employment of 30 years and joining the ministry staff of Rising Above. Daren went on medical leave when he suffered a stroke in 2014. After years of healing and waiting on God’s direction, Daren has re-entered ministry with Rising Above on a part-time basis, focusing on counselling, prayer and men’s ministry. 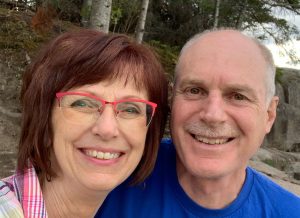 Terry and Brenda originate from Elmira, Ontario. Prior to their marriage, Terry had established his career as an elementary school teacher. Brenda was a missionary in the Philippines for 6 years and returned home suddenly along with her two small children after her first husband was martyred. In 1998 they felt God calling them to a change and they moved to Manitoba to enrol at Providence Theological Seminary, Terry in the M.A. Biblical Counselling program and Brenda in the Diploma of Encouragement Counselling program. Upon graduating God introduced them to Rising Above and Terry began working for Rising Above in 2003 in the area of administration. Around that time he and Brenda began singing and playing music with Howard Jolly and Rick Martin at Rising Above events and out of that was born the Rising Above Band. Since then they have continued to minister with the band along with Terry’s role as Executive Director and later as Director of Operations. In late 2020, Terry transitioned to a new role as Ministry Staff to devote most of his time to the music ministry. Terry & Brenda reside in Niverville, Manitoba. They have three adult children and 4 grandchildren. 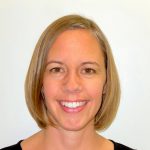 Nicole and her husband Jeff live in Crystal City, MB where Jeff is the lead pastor of Cornerstone Ministries Church. They have two school-age children. Nicole enjoys administrative work and has office experience with three other charitable organizations. She is very happy for the opportunity to serve with Rising Above and be a part of the ministry. 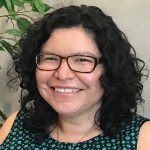 Rosie has recently completed her three year MA in Counselling Psychology at Providence Seminary. She is from Alberta and is fluent in Cree. Rosie has been working with the Institute of Biblical Counselling International on a part-time basis for several years. She has completed several short-term missions to Asia and South America. Rosie currently lives in Edmonton, Alberta where she works with families in difficult situations.  She commits one day a week to work with Rising Above in counselling and mentoring indigenous women. 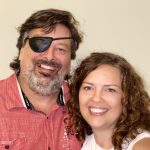 Johan and Kerrie  have ministered in a variety of countries for over 20 years among several different cultural groups. Johan, a South African, began his work in the early 90’s among the Zulu people of South Africa.  In 1996, he moved to Sudan to work among the Northern Sudanese Muslims.  He met Kerrie, a Canadian, in Sudan where she was teaching English.  They married in 2003 and continued working in Sudan until 2008 when they moved to Canada to work in the areas of mobilization and communications with their former organization.  They currently live in Parry Sound, Ontario with their two children where they are currently working among the First Nations communities, in different areas, including Grief Recovery and Leadership Development. 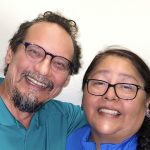 Having recently joined Rising Above Counselling Agency in Regina, Nick & Vivian have been full time faith missionaries since 2005 with Healing Hearts Ministry Inc. which has a long association with the work of Rising Above.  Nick and Vivian are both indigenous Christians of Nehiyawak (Cree) heritage. Nick is from the Peepeekisis First Nation and Vivian is from the Whitebear First Nations. While they are proud of their indigenous heritage, their spiritual identity is firmly founded upon Jesus Christ.   Nick and Vivian’s three grown children have blessed them with 13 grandchildren and one great grandchild.  They became foster parents in 1998 and so also include seven grown children, and their numerous grandchildren in their family as well.  A recent holiday meal was attended by over thirty hungry family members. Nick has a passion to reach and disciple Indigenous men. In the community, Nick’s ministry to indigenous people includes prison ministry and men’s ministry. Vivian’s ministry includes home, hospital and cultural visitations, mentoring and helping people in whatever way she can, telling them about Jesus.  To learn more about their ministry see their website (https://www.nickhelliwell.ca/)