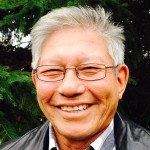 Levi was born in Bearskin Lake First Nation. His first personal encounter with the LORD came at 9 years old during Confirmation Classes in an Anglican Church in Red Lake, Ontario. Although it was a strong emotional/spiritual experience it wasn’t until years later that he, along with his parents, became born again in the Pentecostal church. As a teenager, he experienced a lot of racism and discrimination, and also noticed the injustices against his people by the government, making him angry and resentful thereby backsliding from his faith and turning to alcohol and violence. Feeling the need to address First Nations issues, he joined the Canadian Forces to receive some training in case militant action might be required to protect his people. Forty-one years ago, while in a military Chapel, he encountered God again. This led to him and his wife Viola giving their hearts to the LORD Jesus Christ and they have not turned back since. Levi responded to God’s call to ministry after completing 21 years of military service, and completed a Bachelor’s in Theology degree at Eastern Pentecostal Bible College, with further studies for a Master’s in Divinity degree at Tyndale Seminary, Queen’s University School of Theology and Global University Seminary. He pioneered a congregation at Curve Lake First Nations in 1990, and co-founded Aboriginal Believers Church in Toronto in 2001 where he now serves as Lead Pastor. Levi and his wife Viola are blessed with 4 children and 6 grandchildren and currently reside in Peterborough, ON. 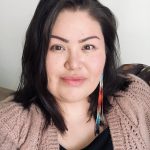 Jamie was born and raised in Waskaganish, Quebec. She learned about God through her parents and the local church and this blossomed into an intimate relationship with God. Her connection with God draws many people to her for care and support—especially youth. She walks alongside people in their healing journeys as a counsellor at the Waskaganish Wiichihiiwewin Centre. Jamie has a strong voice which has made her a leader in the community and the church where she has grown into a worship leader. Jamie works as a Primary Youth Worker for the Cree Nation Government and collaborates with the local school to equip struggling students with counselling and tools to help them succeed in learning. As she completes her BA at Briercrest College and Seminary holding a diploma in Biblical Counselling from Providence Theological Seminary, Jamie brings a young and dynamic voice to the leadership of Rising Above. 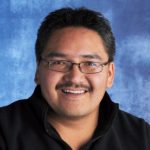 Glen B. Whiskeychan was born in Chapais, QC, and grew up in a Christian home in the community of Waskaganish, QC, where he is currently residing with his family after many years of being away from home.  He was raised by his paternal grandparents – Pastors John and Daisy Whiskeychan. Glen gave his life to the Lord in the summer of 1985. Over time, Glen found himself at the grips of the powers of darkness for a number of years, but God never stopped pursuing him. And after God spared his life one night, Glen rededicated his life to the Lord in 2005. Since then, Glen has been making up for lost time by passionately serving God. He has seven years’ experience of pastoral ministry, over 20 years of front line and counselling experience, and good experience as a board member at various organizations. Glen brings to the Board of Directors wisdom, experience, and a passion for God’s people.